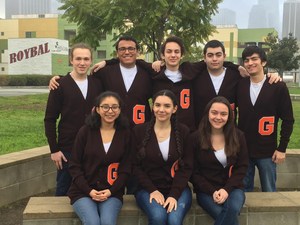 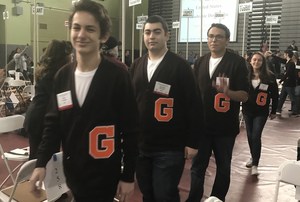 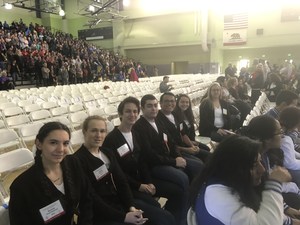 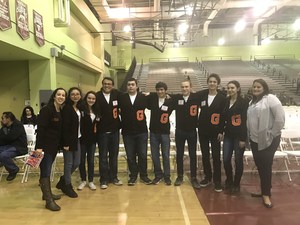 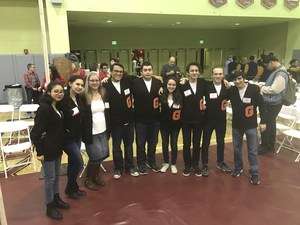 Grant's Aca Deca team scored 6th place in the district and 18th in state earning them a spot in Division I at the statewide Academic Decathlon competition in Sacramento this March!
Grant's amazing Academic Decathlon team, led by Coach Karen Evens competed at the district competition on Saturday, January 28 and Saturday, February 4th.  Our decathletes were tested in Speech, Interview, Essay, Economics, Literature, Math, History, and more!
Our decathletes ranked 6th in the district and 18th in the entire state of California.  This March they will travel to Sacramento to compete in Division I against other schools (including the current and recent national champions) for the California Academic Decathlon competition.
At the district level, our Lancers brought home individual medals in Literature, Economics, Science, and Speech, and Interview.  In addition, one particularly impressive Lancer decathlete Adrianne Bran-Cuc earned the highest score in the entire district in Literature and received two special scholarships.
Congratulations, Lancers!  We acknowledge the hard work you have been putting in since last summer.  Thank you to our Decathletes and Coach Evens for your dedication.